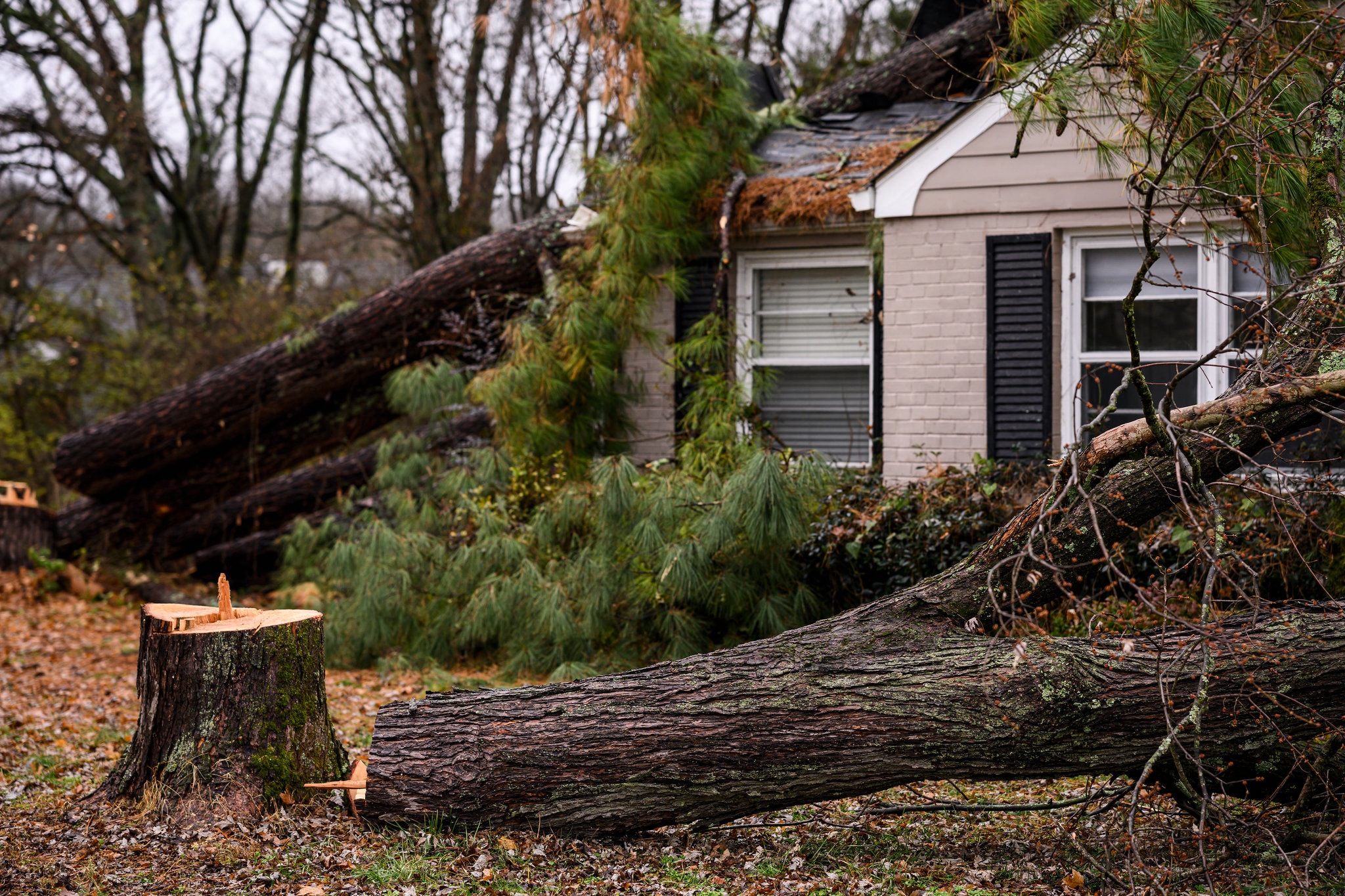 After what seemed like 100 years of impeachments hearings, anything uttered on Capitol Hill now sounds to my ear like the voice of Charlie Brown’s teacher. Nevertheless, a few words from President Trump’s State of the Union address managed to break through the wah-wahs last week: “To protect the environment, days ago, I announced the United States will join the One Trillion Trees Initiative, an ambitious effort to bring together government and the private sector to plant new trees in America and around the world,” he said.

Could it really be true?

You will forgive me for thinking there’s no way it could be true. The whole point of the World Economic Forum’s One Trillion Trees initiative is to reduce carbon in the environment and slow the rate of climate change by growing and preserving a trillion trees, worldwide, by 2050. But instead of addressing climate change, the Trump administration has rolled back or weakened 95 environmental protections already on the books.

The burning of fossil fuels is the leading cause of climate change, but much of this administration’s hostility to environmental protections is a result of its commitment to promoting the fossil fuel industry: allowing drilling in the Arctic National Wildlife Refuge and other public lands, approving construction of the Dakota Access Pipeline, encouraging more offshore drilling in the Atlantic. The Trump administration has even gutted the popular Endangered Species Act, which was passed with strong bipartisan support at a time in history when the word “bipartisan” was not an oxymoron. Is it any surprise that the Environmental Protection Agency is now widely known among conservationists as the Environmental Destruction Agency?

I’m trying to figure out how this business with trees might be different. Did the president experience a Scrooge-like conversion at the World Economic Forum in Davos last month, with the brilliant Jane Goodall, who supports the One Trillion Trees initiative, playing the role of Marley? If so, it would be a conversion narrative more potent than any since St. Paul was struck down by a blinding light on the road to Damascus. Paul went from persecuting Christians to becoming the faith’s most famous evangelist, responsible for the spread of Christianity around the ancient Western world. Donald Trump’s conversion to environmental sanity could be the start of saving the world itself.

Nothing would give me greater joy than a conversion story in which the Republican Party recognizes and addresses the climate calamity that is already here, but redemption is hardly at hand. More likely: The president has concluded that planting trees will allow him to continue his wrecking-ball policies while simultaneously posing as an environmentalist. Call it an arboreal cap-and-trade arrangement in which there are no caps and virtually no trades — the continued pillaging and polluting of the environment in exchange for planting a trillion trees.

For countries whose leaders recognize the dystopia we are headed toward if significant emissions-reducing measures aren’t taken immediately, the One Trillion Trees initiative is a brilliant arrow in the quiver of climate-change policy. Leaves absorb carbon, wood sequesters carbon and roots stabilize soil so that the carbon already trapped there stays there. Moreover, some 80 percent of terrestrial biodiversity occurs in forests. Protecting trees is a way of protecting much of what makes life on earth life on earth.

And planting trees is a tangible way to address climate change that can be done on both a micro and a macro scale. Got a sunny spot in your yard? Plant a tree. Got a country where logging or development or agriculture has mowed down whole forests? Plant millions of trees.

Unfortunately, the math is more complicated than that line in the State of the Union address implies. Planting a seedling is better than doing nothing, it’s true, but it takes decades for a seedling to replace a tree, and that’s if the seedling survives at all: In China’s Great Green Wall reforestation program, up to 85 percent of the plantings fail over time, according to Yale Environment 360. For large-scale reforestation to succeed, the right trees have to be planted in the right places — a variety of species, not a monoculture, all native to the ecosystem at hand — and they have to be cared for until the roots are well-enough established to survive the temperature extremes, storms, floods and droughts that are the hallmark of climate change. It can be done, but it can’t be done without effort.

Reforestation is a crucial goal, but even more crucial is the other goal of the One Trillion Trees initiative: preserving the trees we already have. So far we’re doing a terrible job of it. Here in the United States, we’re losing 36 million trees a year in metropolitan areas alone. In Canada, the ancient boreal forest is being mowed down for the sake of toilet tissue. In South America, the rainforest is being burned down for the sake of cheeseburgers.