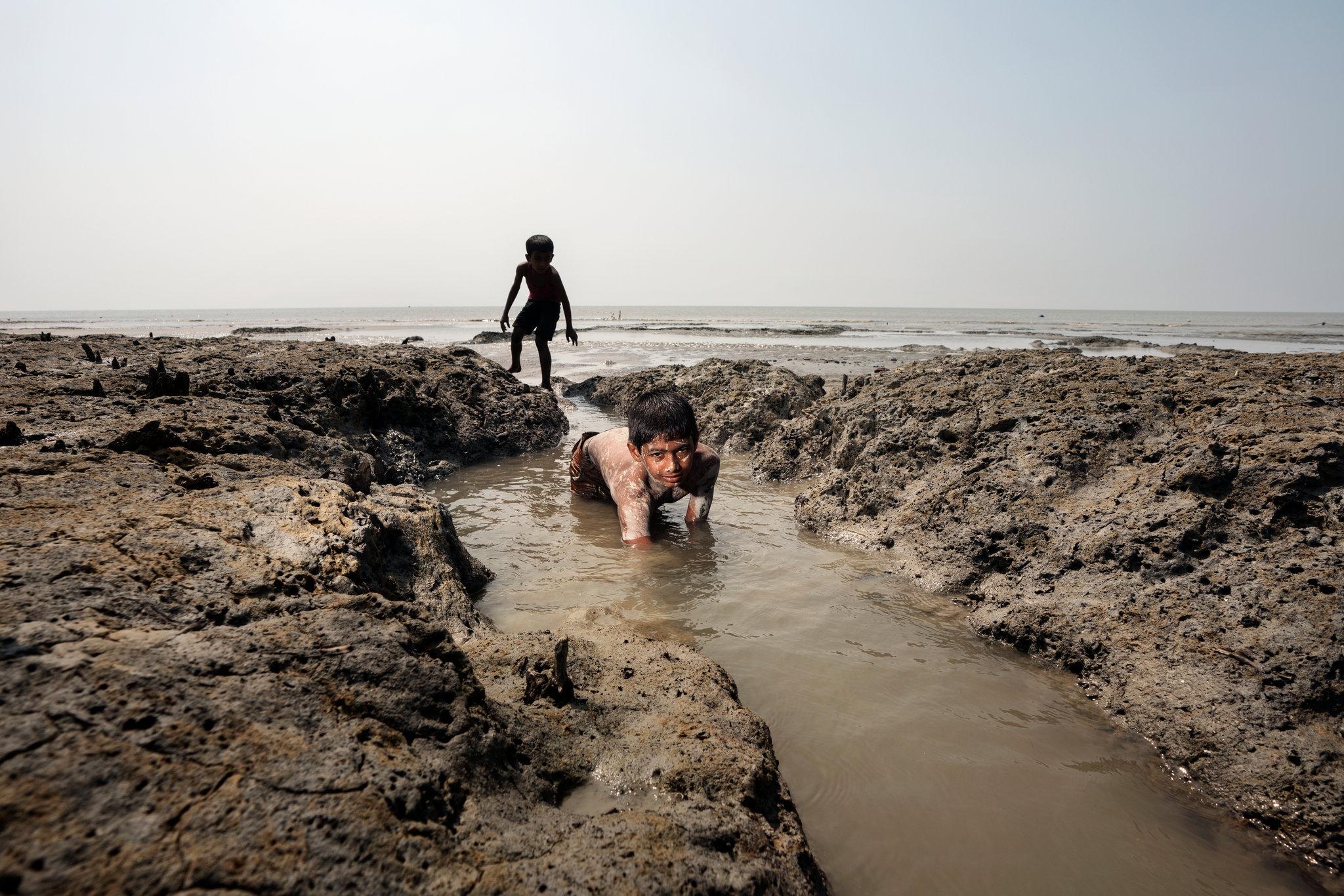 Standing sometimes waist-deep in seawater on the shores of the Bay of Bengal in Bangladesh, they work to find bricks, dig them out of the sludge and cart them to the side of the road to sell. The job is new, a result of devastating storm surges a little more than a decade ago. In 2007, and then again in 2009, cyclones battered the coastline just south of Kuakata, destroying homes and structures and drowning entire villages. The storms submerged forests of mangroves and left 99 local residents dead.

The sisters Kulsum and Komola Begum survived. Now they scavenge, looking for debris. They wait until low tide, when the receding waves reveal the rubble. Once they’ve wheeled bricks to the embankment, they break them into small, chestnut-size pieces. These shards are used in the foundations for homes in the new village, a mile up the shore.

Despite being responsible for only 0.3 percent of the emissions that cause global warming, Bangladesh is near the top of the Global Climate Risk Index, a ranking of 183 countries and territories most vulnerable to climate change. When scientists and researchers predict how global warming will affect populations, they usually use 20- and 50-year trajectories. For Bangladesh, the effects of climate change are happening now. Cyclones are growing stronger as temperatures rise and are occurring with more frequency.

Researchers warn that within a few decades, Bangladesh may lose more than 10 percent of its land to sea-level rise, displacing as many as 18 million people. Decisions to leave coastal communities aren’t really decisions at all. Families leave because there are no other options. There is no work. There are no homes. Over the past decade, an average of 700,000 Bangladeshis a year migrated because of natural disasters, moving to Dhaka to live in sprawling slums as climate refugees. Kulsum and Komola have managed to forge opportunity from disaster; they will stay, for now. They will continue to collect bricks to build the new village, even if the new village will most likely meet the same fate as the old one. — Jaime Lowe

Parker James
Devastating picture. A great reminder that our actions can affect people on the other side of the world.
Reply