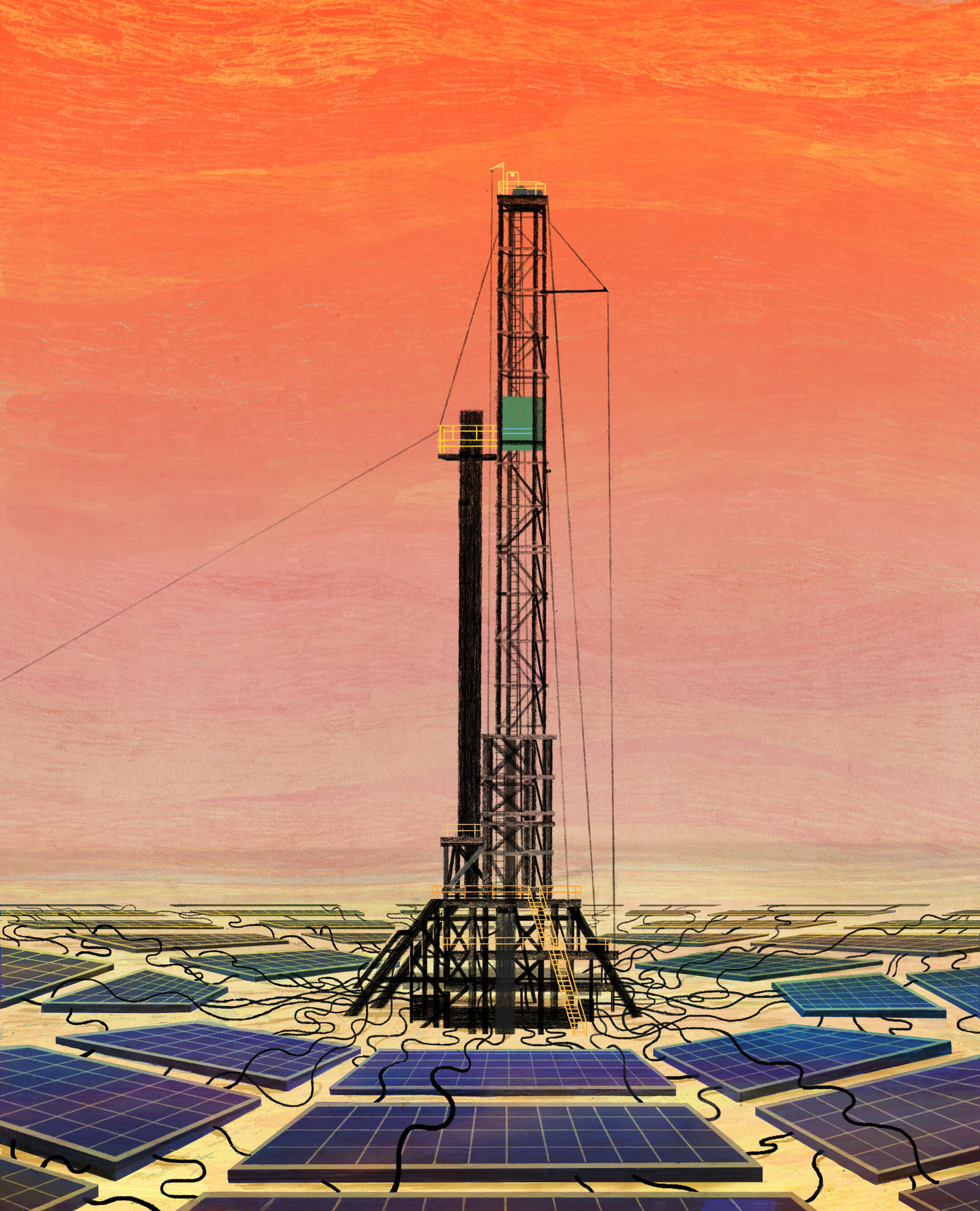 How Big Business Is Hedging Against the Apocalypse

ex Tillerson stood under a 32-foot pipe organ at the Morton H. Meyerson Symphony Center in Dallas, explaining how the world worked. It was May 2015, in the middle of an oil-price crash, and Exxon Mobil’s earnings had fallen 46 percent compared with the same quarter the year before. But Tillerson, then Exxon’s chief executive, told his shareholders to be confident in the future. Oil and gas furnished billions of people, including the very poor, with cheap, reliable fuel — a fact not easily negated by a weak fiscal quarter. “Our view reflects the reality,” Tillerson said, “that abundant energy enables modern life.”

Later that morning, a Capuchin Franciscan friar rose to speak. A so-called faith-based investor, Michael Crosby belonged to a tight circle of religious leaders who bought stock in public companies in the hope of exerting a moral influence on them. While Tillerson, head of one of the largest oil companies in the world and a power broker in international geopolitics, was accustomed to ignoring protesters, Crosby proved more tactical than most. He submitted a motion to appoint a climate-change expert to Exxon’s board, which gave him the floor for several minutes. Then he laid into Tillerson for having uttered “not one word or syllable” about climate change. He asked why Saudi Arabia invested in solar panels while Exxon spent nothing. “You’re living out of the past,” he told Tillerson.

At Exxon’s annual meetings — as in most rooms where important business happens — people speak in the subdued patter of corporate jargon, language that camouflages the reality it describes. So in the 2,000-seat auditorium, it would have taken a moment to appreciate the gravity of what Crosby was actually describing, which was not a few numbers on a balance sheet but something closer to the fate of the species. Global energy consumption is rocketing upward every year: The Energy Information Administration expects it to climb another 28 percent within a generation. Hydropower, wind and solar contribute about 22 percent of the total, and their share grows yearly. But the net amount of energy generated by hydrocarbons is growing yearly, too. It’s all rising because demand is rising. Global hydrocarbon producers, meanwhile, have so much product in reserve that burning even half of it would leave us with slightly worse than heads-or-tails odds of staying under the two-degree-Celsius threshold that, according to climate models, could bring mass famine, drought, flooding and fires.

From his spot beneath the pipe organ, Tillerson regarded the friar. “Like it or not,” he said, the world would depend on fossil fuels “for the next several decades” — well into the middle of the century. This was Tillerson’s line whenever people asked him about the future of hydrocarbons: Remind them how dependent they are and paint alternatives as childlike fantasies. Tillerson said the motion for a climate-change expert would be defeated. Turning to renewables, he dismissed them as a sucker’s bet. “Quite frankly, Father Crosby,” he said, “we choose not to lose money on purpose.” The crowd at the Symphony Center showered him with applause.

Three years later, an Irishman named Declan Flanagan, chief executive of the renewables company Lincoln Clean Energy, was addressing his own shareholders in Copenhagen when he delivered a cryptic announcement. Lincoln, he said, was going to build a solar farm in the Permian Basin — the heart of West Texas oil country — with funding put up by a “blue-chip counterparty.” Flanagan let this hang for a moment in the room while he breezed through a jargony update on regulatory matters. Finally he returned to the story. “I mentioned the blue-chip counterparty,” he reminded his listeners. “That,” he said in his strong Irish accent, “is Exxon Mobil.”