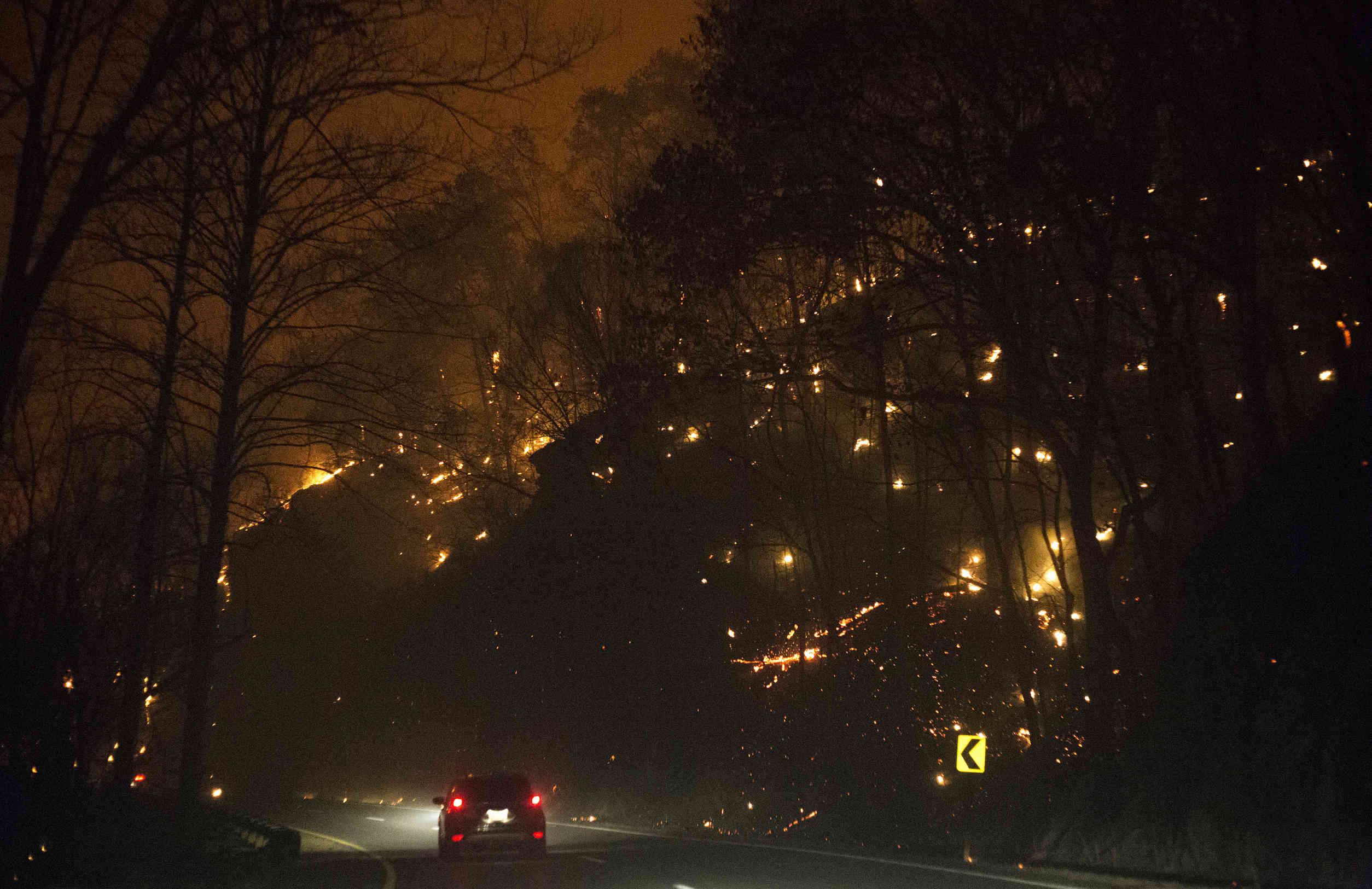 A warmer world makes for a more combustible country. That’s the conclusion in the most comprehensive assessment of the effects of climate change on the United States, released by the Trump administration just weeks after the deadliest and most destructive wildfire in California history.

The report says the continued release of greenhouse gases from cars, factories and other sources will make fires more frequent, including very large fires that burn more than 12,400 acres. And wildfire risk in the United States won’t just be a Western problem.

“One of the big warnings there is about the potential for increased fire in the southeast,” said Andrew Light, a contributor to the report and a senior fellow at the World Resources Institute.

Warming Has Already Led to More Burning
Human-caused warming has increased the area burned by wildfire in the Western United States, according to the report, “particularly by drying forests and making them more susceptible to burning.”

A recent study cited by the report estimated the total acres burned in western forests under current climate conditions and in a model without human-caused warming. It found that half as much forest area would have burned between 1984 and 2015 in a world not warmed by climate change.