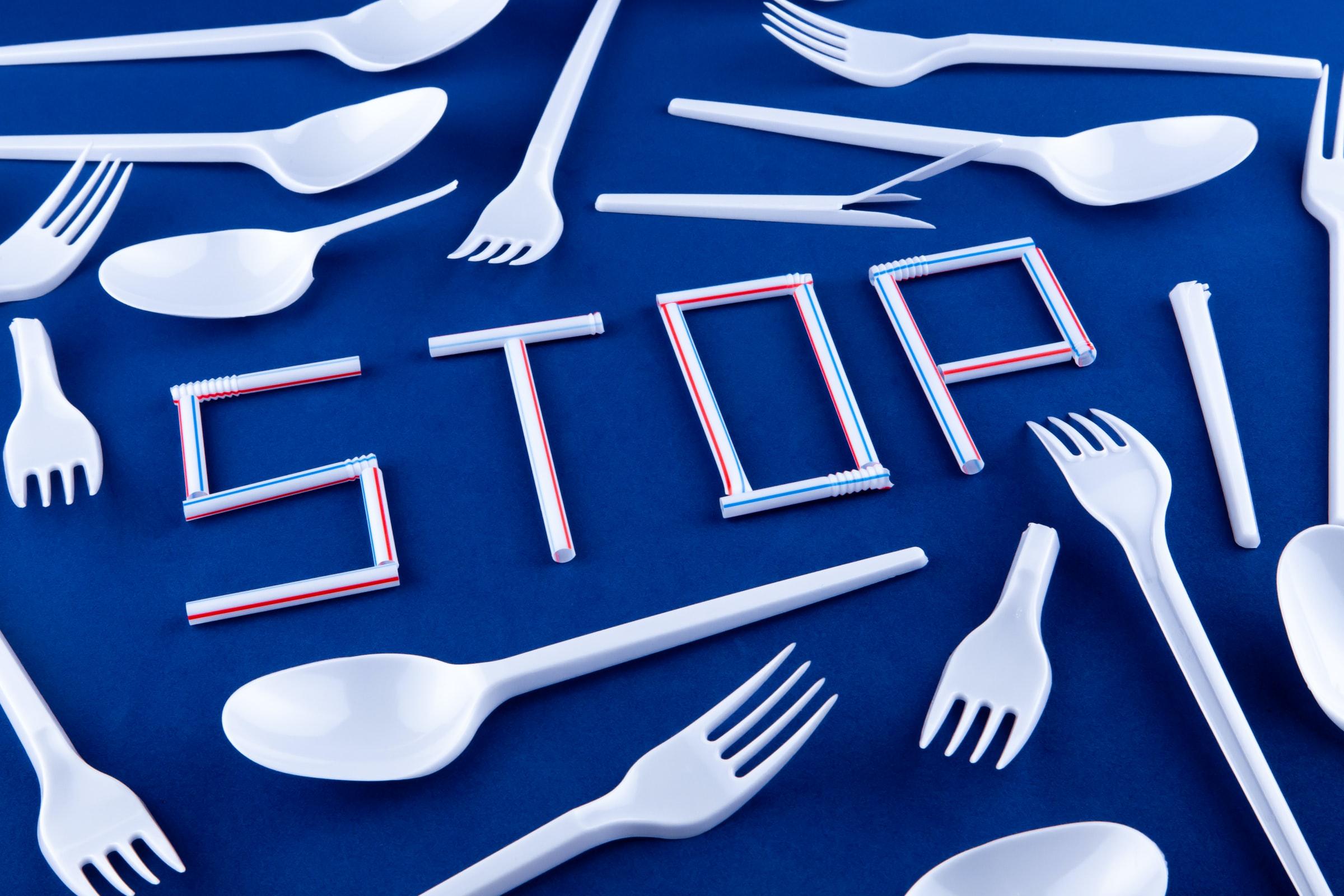 This guide will introduce you to plastic pollution and its disastrous effects on our health and our environment.

An Introduction To Plastic Pollution

Plastic pollution is a global issue, increasing at an exponential rate due to a surge in both consumerism and the amount of plastics we use on a daily basis. Indeed, half of all plastic ever manufactured has been produced in the last 15 years and this production is expected to double by 2050. Moreover, a staggering 50% of that plastic is produced for single-use items, which are only used once before being discarded. Among those, the products most commonly found in the oceans or during coastal clean-ups are foods wrappers, beverage bottles, straws, single-use grocery bags, and take out containers. Most plastic litter eventually ends up in the oceans, but how can we explain this phenomenon?

9% of all plastic produced is recycled and, due to additives making plastic products stronger, more flexible and durable, plastic trash can take as much as 400 years to break down. As a result, plastic litter flows into the oceans through major rivers, picking up more and more trash on the way. Most of that discarded plastic waste remains in coastal waters. But once caught up in ocean currents, like the South Pacific gyre, it can be transported around the world. Large amounts of plastic tend to aggregate in oceanic garbage dumps, also known as gyres. The Great Pacific garbage patch is the largest of these 5 plastic gyres, representing a plastic vortex about twice the size of Texas made of trillions of tiny bits of plastic.

♥  Video: How big the Great Pacific Garbage Patch really is ♥

When plastic trash is tossed around in the ocean, it breaks down into nano particles called microplastics. These tiny pieces of plastic have been recognized as a great threat to wildlife, affecting millions of animals, and to human health, as plastic microfibers have been found in our food, our water and even in the air we breathe. Microplastics are a major issue because once plastic has broken into tiny pieces, it is almost impossible to retrieve it from the ocean.

The Impact Of Plastic Pollution On Our Wildlife

Plastic kills millions of animals every year, including birds, fish, and other marine species. Death can be caused by strangulation or by poisoning, as seals, whales, turtles and other animals eat plastic bags or become entangled with fishing gear and six-pack rings. Many marine species also die of starvation as microplastics accumulate in their stomachs, reducing the urge to eat.

By feeding on a variety of marine species, human beings face the same threats as these animals, potentially ingesting highly toxic particles in our daily lives.

What can you do?

80% of plastic pollution comes from land and is then discarded into the oceans. The solution is to prevent this plastic from entering our rivers, by reducing, recycling, improving waste management systems and taking concrete action to fight plastic pollution everyday.