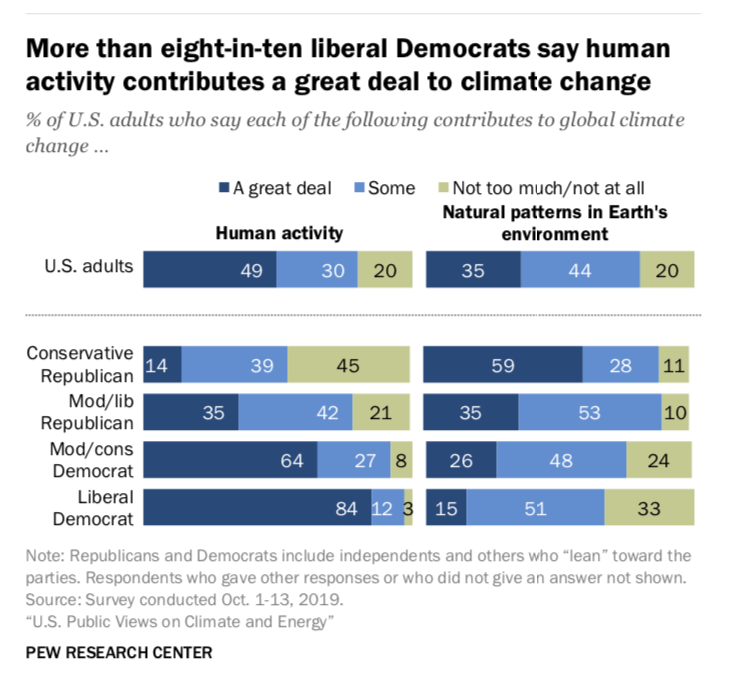 One of the stranger aspects of the post-factual era is that basic aspects of reality have become partisan issues. Exhibit A of that problem is climate change. In the US and a handful of other countries, conservatives haven't simply objected to policies to address climate change; they've often questioned whether the climate was even changing. In the US, this has been true for everyone from elected officials to the general public.

But recent events, including fires, unusual temperatures, and destructive storms, seem to have pushed public acceptance of climate change to higher levels. A new poll by the Pew Research Center comes at an opportune time to see whether the increasingly obvious signs of a changing climate have impacted the partisan divide.

Read the full and original article at Ars Technica